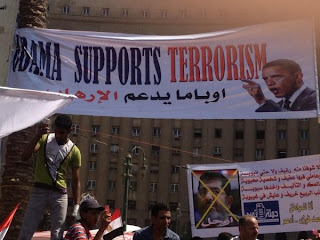 The following photos show how the Egyptian people view our president. Furthermore, once a powerful ally in the heart of the Middle East has now become an enemy or at least unfriendly.  I guess supporting the women-hating, Jew-hating, gay-hating, American-hating Muslim Brotherhood wasn't a good idea after all. Don't forget Hillary Clinton's part in all of this, last year when she said in Cairo, "The United States support of your new Egyptian government is unwavering." Hey Hillary, does that support extend to Morsi when he calls for the destruction of Israel???? 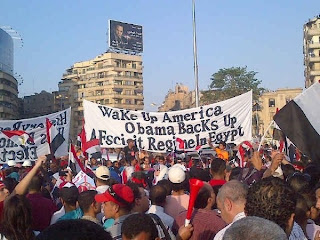 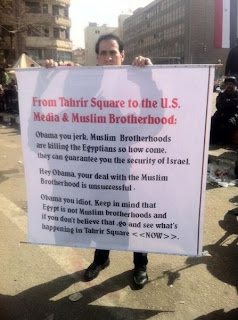 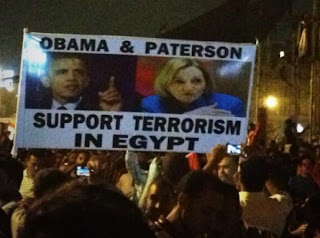 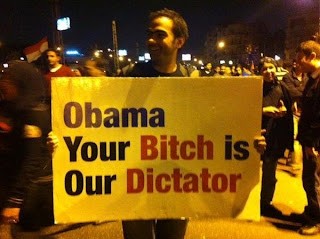 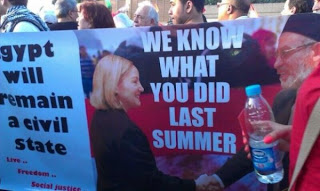 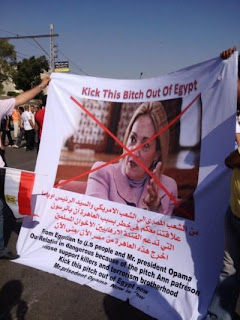 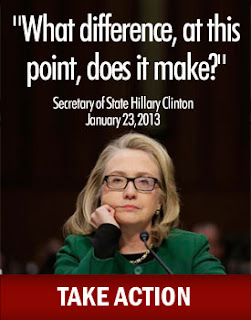 Secretary of State Hillary Clinton's incompetence clearly led to the death of Ambassador Stevens.  When the budget of the state department was unearthed by the senate panel investigating the murders in Benghazi, it was discovered that the state department has wasted millions on frivolous expenditures.  So, don't even tie those murders to budget constraints.  She is a typical politician without the moral courage to stand up for what is right to her BOSS the president.  How could anyone think that Hillary has ANY leadership qualities?  I've see better leadership qualities in your average 82nd Airborne Division Private First Class (PFC).  Leaders must be responsible to lead others...........bottom line.
Posted by Michael at 2:10 PM No comments:

Within the coming year, gas prices will hit $6.00 per gallon and the cost of "winter fuel oil" in my home state of Wisconsin will double (and I don't want to hear the whining).

Fast & Furious will lead to the top (Obama) with the confirmed deaths of over 200 Mexican citizens by Obama's gun running scandal - Holder will be forced to resign.

The "Libya Cover UP" will be exposed and lead to a massive resignation of Petraeus and Panetta. Secretary of State Hillary Clinton will be asked to testify against the president and Obama will deny her testimony and the scandal will die on the vine with a media cover up.

The coal industry will be hard hit by the EPA and close 20 to 40% of their production, resulting in electricity going up at least 50%. Those summer $200 electric bills in LV will be $300 per month.

Low income people will be hardest hit due to higher prices on everything. Obamacare will force the closing of numerous businesses nationwide and the US will re-enter into a recession with over 10% unemployment, 15% for Hispanics, and north of 20% of blacks.

Not to mention Obama's Katrina (Sandy), disrespecting Israel in its upcoming strike against Iran by not supporting every munitions wish-list, joining the United Nations in condemming Israel, and easing sanctions on IRAN to rebuild "their Bomb".

Finally, after the debt crisis will reveal that this administration is powerless and clueless on what to do. The US House of Representatives will be forced by the American People to proceed with Impeachment proceedings.

"No More Excuses!"
It's time to vote this "Poser" out as president.  President Obama has been a disaster in every way.  Unemployment up, black unemployment is through the roof, with 20 and under at 50%.  Latino unemployment is over 13% nationwide.  Gas prices are up from $1.87 nationwide to over $3.67 nationwide.  California’s average is $4.63 as of today and many places over $5.00 a gallon.
Over 90 Billion (yes with a B – that is 90 thousand million taxpayer dollars) wasted on green energy.  To all the “global warming” fools out there, “Explain why the average temperature in “Middle Ages Europe” was 3 degrees Celsius warmer than it is today?  There were flourishing vineyards growing a variety of different grapes brought from the Romans conquests. Global warming is cyclical and caused by the earth’s elliptical orbit.
Let’s talk Cover Ups!  The two most profound are the cover up in Libya due to incompetence of Hillary’s state department and Obama’s inept leadership.  Remember, he never led anything!  Our US Ambassador was raped, tortured, drug through the streets, and murdered along with 3 others, one from here in Henderson, Nevada.  Another Cover Up is “Fast & Furious” where over 200 Mexican nationals have been murdered by 57 guns (verified by Mexican authorities) directly allowed to walk across the border by the Dept. of Justice and Eric Holder – one of Obama’s lifelong cronies.
Economy is a disaster and in a world-wide recession that Obama started.  Let me explain.  In 2006, as soon as Obama was elected to the US Senate, he sent a team to probe Iowa in preparation for a run at the democratic nomination.  Sen. Obama had to have an issue that overrode all others.  He started to harp on the economy and how unfair it was to “middle class” and ran down our nation’s economy at every chance.  Since he was the media’s darling, Obama received a lot of press and single-handedly destroyed “Consumer Confidence.”  Even those economists from HHC (Harvard Community College) know that the single most critical factor is consumer confidence, and it drives all other factors.  Obama did a good job getting the economy where he wanted, but didn’t have a clue on how to turn it around.  That’s where we sit now!
Over 200 rounds of golf, countless parties and vacations on the tax-payers dime, over one thousand executive orders (average one a day), crushing the coal industry (electricity), empowering the EPA, killing the Keystone pipeline, Obama- care death panels, and I could go on and on…………….....He is a “Poser”!

Posted by Michael at 9:16 PM No comments: 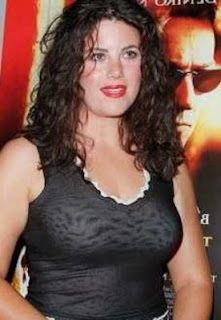 A surprise guest has been added to the Democratic National Convention in Charlotte, NC this week.  I put my money on Monica Lewinsky, because Bill is going to me there and she is lookin good lately. 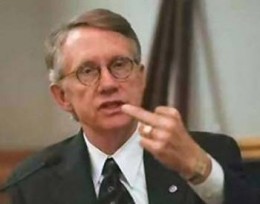 US Senator Harry Reid "Pinky"communicating his contenpt for the American people when he called us, "Evil Doers" for questioning him.

Now, it is time to start collecting signatures to force the recall election of US Senator Harry Reid (Pinky). He is derelict in his constitutional duty to submit a fiscal budget for the last three years - budget extensions don't count.  In addition, Sen. Reid violated campaign laws in Nevada by prompting "big business and unions" to offer time off, perks, and rides for its members to polling stations to court their vote. Another intimidation by Sen. Reid was his arm twisting of Henderson Mayor Hafen to change the minimun requirements for employment to hire Josh Reid (Harry's son) as Henderson City Attorney. Since Senator Reid had previously hired Mayor Hafen's daughter, in Harry's eyes it was just calling in a favor. Here in Nevada we call it "Abuse of Power". Sen. Reid has refused to even schedule debate or floor discussion - let alone a vote on over 30 US House of Representative job creating, tax reducing, and regulation relieving bills. Senator Reid is purposely preventing the American voter from learning how Democratic senators stand on key issues before the election. And finally, Sen. Reid is shielding US Attorney General Eric Holder and President Obama from the "Fast & Furious" gun running scandal and cover-up responsible for over 200 directly related deaths of Mexican citizens and US border patrol agent Brian Terry. It makes one wonder; did Pinky know of Fast & Furious too?

Posted by Michael at 8:48 PM No comments: 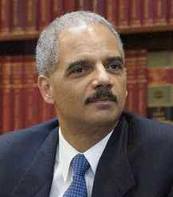 Attorney General Eric Holder is responsible for the weapons transferred to personnel resulting in the deaths of US Border Agent Terry and the direct murders of over 200 Mexican nationals.  These are the unspoken casualties of Eric Holder's "Fast and Furious" gun transfer program.  Where is the outrage from Latino Americans?  President Obama has only two options left to regain the American people's trust on this issue.  First, Pres. Obama must request Eric Holder's resignation, and second, Pres. Obama must release all documents requested by the US House of Representatives.  Anything short of those two actions will confirm to the American people that there is an ongoing presidential  cover-up that makes Watergate look like kinder spiel.

Posted by Michael at 9:27 PM No comments: 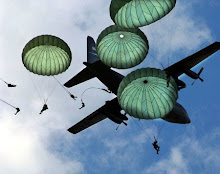